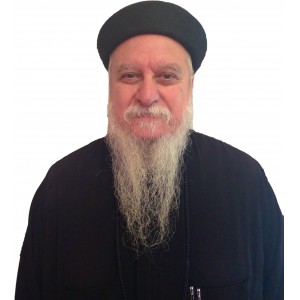 He earned a Pharmaceutical Bachelor of Science Degree in 1973. He came to California in 1981 and worked as a pharmacist until 1993.

On Sunday, October 18, 2015, His Holiness Pope Tawadros II elevated him to the priestly dignity of hegumen during his first pastoral visit to the Diocese.