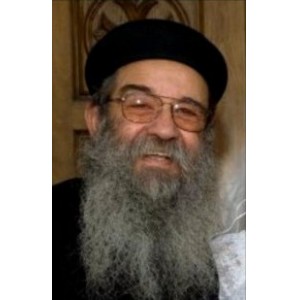 He graduated from Ain Shams University with a degree in Mechanical Engineering in July 1965 and was appointed as an instructor at the same college from 1965 to 1968. He immigrated to California in August 1968.

During this period, many Copts immigrated to Los Angeles as well. New immigrants asked His Holiness Pope Kyrillos VI to send a full time priest to serve them in Los Angeles. The late Fr. Bishoy Kamel arrived in November of 1969 and stayed 10 months followed by Fr. Tadros Yacoub Malaty. These two priests instilled in many youth the love to consecrate their lives to serve the Church.

Nabil went back to Egypt ready to dedicate his life to the Lord as a monk. Instead, His Holiness Pope Shenouda III advised him that he would better serve the Lord better by becoming a priest in the land of immigration. On October 14, 1973, His Holiness Pope Shenouda III ordained Fr. Antonious in Alexandria Egypt as the first priest dedicated to the churches in Los Angeles and on April 1, 1981, he was ordained to the priestly rank of Hegumen.

At the time, Los Angeles had only one church, Saint Mark. Fr. Antonious recognized the need for a second Church in Los Angeles as more people immigrated. He purchased a Presbyterian church in Highland Park in August 1974 which was named Holy Virgin Mary Church. He continued to serve this church for the next 32 years.

Later, he built the first Coptic style church in California to incorporate Coptic architecture design and adorned it with Coptic icons written by the famous iconographer, Dr. Isaac Fanous. The new church was consecrated on November 2, 1989 by His Holiness Pope Shenouda III.

Fueled by his fervent love for the writings of the Church Fathers and employing his ability to simplify difficult theological concepts, his sermons were highly appreciated and beneficial to thousands and, as a result, Fr. Antonious’ sermons were distributed throughout the world on cassettes and later on CDs, which are still treasured by thousands.

With the help of others, Fr. Antonious translated many church books. These include the Holy Pascha, Kiahk Praises, Agpeya, Midnight Praises, and others published in Coptic, Arabic, and English. He also published a Coptic calendar incorporating all the readings for the day including the Synaxarium in several forms over the past 25 years.

He sent spiritual messages to over 40,000 email addresses around the world. He also used this means to give individual confidential advice to hundreds of people.

He built the first seniors’ home for the Copts in California in 1980, close to Holy Virgin Mary Church, and ministered to the tenants regularly.

Fr. Antonious instilled discipline during Church services, which were carried out in an orderly manner as well as expecting total silence during the Divine Liturgy and all sacramental prayers including marriage ceremonies.

He was an advocate for the youth while instilling a firm discipline in their spiritual growth. Several generations of youth followed his spiritual advice and many became priests.

He was adamant in opposing the Egyptian government’s interference in Coptic affairs especially during President Sadat’s confinement of His Holiness Pope Shenouda III to the monastery in September 1981. At that time, the late president Sadat ordered the imprisonment of over 1500 people including many Coptic clergy and laymen. Fr. Antonious, only one of three priests in Los Angeles at the time, was credited with leading a successful campaign to proclaim the injustice to the outside world. He organized Copts and non-Copts, in Southern California and lead them in public protests which was covered by the media.

His love for learning never ceased. He earned a master’s degree from Claremont Graduate School in Religious Studies in 1993 and had huge personal library especially for the Church fathers.

Fr. Antonious suffered many ailments during the last 15 years of his life. He underwent several difficult surgeries with varying success. The last brief but fatal illness was diagnosed July 2006. He endured pain with thanksgiving. When he was advised to receive physical therapy, he refused, choosing to spend his remaining time focusing on prayers for himself and others. He reposed peacefully on November 16, 2006.

The Funeral Prayer Service for our beloved Fr. Antonious Henein was held on the morning of Monday November 20th, 2006 at Holy Virgin Mary Church in Los Angeles preceded by the Divine Liturgy. His Grace Bishop Serapion officiated the funeral service. Among others were His Grace Bishop Athanasius of the Diocese Bani-Mazar, Egypt, along with over 40 priests of the Diocese of Los Angeles clergy as well as other priests who came from Northern California, other states, Canada, as well as Fr. Tadros Malaty who came from Egypt. Fr. Antonious Girgis of the Diocese of the Southern USA represented His Grace Bishop Youssef. From our sister Oriental Churches, His Eminence Metropolitan Eugene Kaplan of the Syriac Orthodox Church, Diocese of Western United States attended the service. Representatives of Archbishop Hovnan Derderian, Primate of the Western Diocese of the Armenian Church of North America of Etchmiadzin, along with Archbishop Moushegh Mardirossian, prelate of the Western Prelacy of the Armenian Apostolic Church of America also attended. Over 1500 Christ-loving congregation members attended the funeral.

May our Lord Jesus Christ repose his soul in the Paradise of joy.