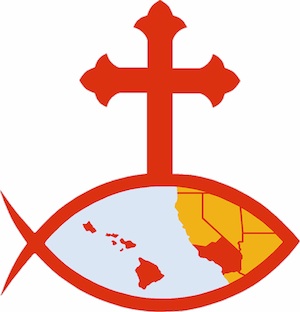 FOR IMMEDIATE RELEASE — We strongly condemn the brutal murder of the United States ambassador to Libya and three of the embassy employees. In order for peace to reign throughout the world, brutality and hatred must be swiftly condemned and punished.

Hope must be brought to desperate places, kindness and mercy must be given a chance. However, hope will not thrive in the midst of hatred and violence. Therefore, those who are responsible for this brutal act must be brought to justice in order to give hope a chance.

We keep the families of the ambassador and murdered staff in our prayers as well as offering the families our heart felt condolences.

Furthermore, the Coptic Orthodox Diocese of Los Angeles, Southern California & Hawaii strongly rejects dragging the respectable Copts of the Diaspora in the latest production of an inflammatory movie about the prophet of Islam. The producers of this movie should be responsible for their actions. The name of our blessed parishioners should not be associated with the efforts of individuals who have ulterior motives.

Copts across the Diaspora never participated in any humiliation or violence against those who often persecute Christians. It is not the Christian way to respond to hatred with hate. Christianity prohibits a Christian from such acts. If burning the Holy Bible is wrong, then burning any book revered or respected by others is equally wrong. Holistically blaming the Copts for the production of this movie is equivalent to holistically blaming Muslims for the actions of a few fanatics. Even though Christians often face persecution, injustice and calls for open attacks over the airwaves, we reject violence in all its forms.

We call on everyone from all religions to respect the freedom of individuals to choose their faith.

May God always bless the United States of America.