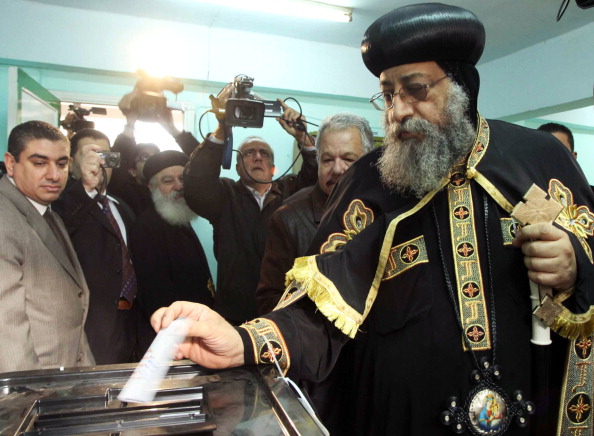 As the national referendum on the new Constitution of Egypt approaches, the Diocese wishes to inform her children of the following.

First, every Coptic Orthodox Christian eligible to participate in the referendum should do so. Our Lord Jesus Christ commanded us to “Render therefore to Caesar the things that are Caesar’s, and to God the things that are God’s” (Matt 22:21). Christians should therefore be diligent in their political responsibilities as good citizens.

Second, the Diocese encourages all her children to read, research and understand the proposed new Constitution, using available explanations such as that from H.G. Bishop Paula to help them make an informed decision based on their own mature convictions.

Third, the Diocese cautions everyone to pay close attention to the rules on eligibility issued by official sources only. There are many rumors circulating about the different rules and regulations concerning those who may participate. Rather than engage in speculation and create more confusion, it is better to seek written clarification from the officials at the Egyptian Consulate.

Fourth, and most importantly, the Diocese encourages all her children to continue to pray for Egypt and all Egyptians, that God may bless this effort and bring it to fruition.