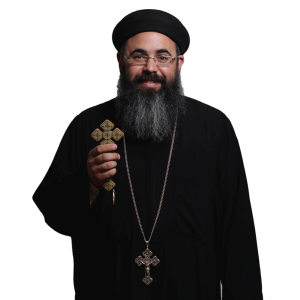 Father David Abdelsayed was born in California in 1974.

For many years, he served at Saint Athanasius church in Northridge as a Sunday School teacher and Youth Leader.

In 1998, he was ordained as a consecrated deacon for the diocese to serve at Saint Verena and the Three Holy Youth in Orange until his ordination as presbyter on February 19, 2006 to serve at Saint Maurice Coptic Orthodox Church in Pomona.