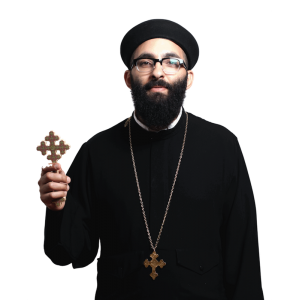 He attended New York University and graduated with a B.A. in Philosophy. Following his undergraduate studies, he studied law and obtained his J.D. from American University’s Washington College of Law in DC. He practiced law in the States of New Jersey, New York and Hawai’i before working part-time in Boston, MA and attending Holy Cross Greek Orthodox School of Theology. At Holy Cross, he obtained a Masters in Theological Studies.